We’re living in a golden age for tabletop games.

When I was younger, I lucked into the pastime that became my hobby that became my career. My cousin had a D&D boxed set and ran a game. It was the quintessential old-school gaming experience, elves creeping into an imaginary underground that we envisioned with our minds there among the potato chips, Pepsi, Iron Maiden posters, and “Tom Sawyer” on the stereo. I had had no idea that this world existed, but in that moment, who I would become for the next 30-plus years had its genesis.

And it was pure serendipity. I didn’t even know these games existed. I didn’t seek them out. I didn’t stumble across them in a search for something for which I had a vague longing. It just happened. I got lucky.

Compare that to now:

“Over half of the new people who started playing Fifth Edition [the game’s most recent update, launched in 2014] got into D&D through watching people play online,” says Nathan Stewart, senior director of Dungeons & Dragons.

That’s amazing. People are able to find the hobby now. Less and less do they have to wake up surrounded by it like a Dunsanian protagonist.

I write a lot here about satisfying players’ psychological needs, and that’s what much of this points back to. Players have these needs — whether they know it or not — and the tools and channels available to us now not only help them meet those needs, they help them understand and identify those needs sooner. They discover opportunities for mastery, in seeing game systems bloom before them. They understand relatedness by witnessing players cooperating to tackle in-game challenges and growing relationships around the table. They see the autonomy of players choosing their fate and then reaping the rewards (or consequences…). It’s no longer sequestered in the basements of stoner cousins, it’s out there, and it’s beckoning. And more than ever, it’s inclusive. It’s representational. Players are seeing that games are for them, that games are for everyone.

(And in many cases, that relatedness expands beyond the table. People feel connections to other players they’re not even playing with, through the commonality of the games medium and through the ability to interact with those players via social media. Look how many people feel like they belong to various games forums where sharing and discussing ideas is the core activity, or who share a common love for the entertainment format of Critical Role and consider themselves a part of it, even if they’re not on the stream proper.) 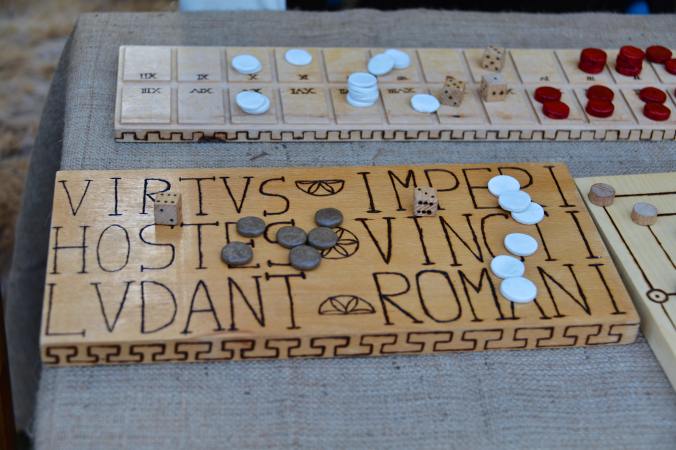 It’s not like it used to be, when you used to have to time travel to ancient Rome in order to find fellow games enthusiasts.

It’s absolutely a golden area for the games table, enhanced greatly by the virtuality and accessibility of it all.