Gamemastering is a combination of art and science, and like any skill, is improved by doing more of it. As you run RPG sessions, you’ll pick up your own style, voice, and tricks of the trade. Here a few that I use on occasion when I run games — I hope they serve you well.

The Prophecy is False

The Thing Portended doesn’t come to happen. The magic sword falls into the hands of a rival power, who destroyed the stone rather than yanking the sword from it. The grimoire in the occult library has been defaced rather than imparting its secrets to the foretold sorcerer. There are two — or more — “chosen ones” and a heroic effort becomes factionalized. The benefits of using this technique are that it makes the world feel more governed by actions and consequences rather than faits accompli — which subtly reinforces that the actions of the characters are significant, because free will matters. If the prophecy was magical in nature, a false prophecy indicates either capricious, unreliable magic, or perhaps darker forces at work subverting it. If the Prophecy is technological, it creates doubt in the default assumptions of technology’s omniscience, and can likewise indicate behind-the-scenes efforts to sabotage what is “known.”

If monetary treasure is part of a campaign’s rewards, players need to have things to spend that money on. If money can’t be used for anything significant, it’s little more than an extrinsic score. If solutions to game problems are available for easy purchase and the players have too much money, the players can effectively handwave away many of the game’s consequences. Adventure campaigns in particular require careful use of the party’s resources, including spells, special abilities, hit points, and the currency used to equip the party. You don’t have to keep track of every nickel and dime, but a scarcity of game resources forces the players to make considered decisions to guarantee their success. Taxes, room and board, homestead expenses and the like all help the players have a sense of ownership in the world. Having the pack mule with their bushel of gemstones fall off the side of a mountain is a less reasonable way to take money away… unless it kicks off a quest to retrieve the lost lucre.

A simple gameplay loop, well suited to monetary rewards, that allows players to demonstrate mastery as well as destroying resources

Use Critical Failures to Speed Resolution

In many cases, critical failures end up prolonging systems interaction, rather than creating interesting outcomes. Critically fail an attack, you drop your sword; critically fail a research roll and you confound your study and have to start over. Consider instead using the critical failure to help speed the resolution, rather than extending it. For example, I use a house rule that gives adacent foes an attack of opportunity if a player (or monsters!) rolls a 1 on the attack roll. Botched research yields incorrect information rather than resetting research task progress to 0.

Speaking of critical failures, “bank” them when possible for when you have a chance to make them more significant than a tactical setback. A critical failure on a Repair roll holds the ship together for now — but it’ll give out at some critical moment in the future (necessitating more decision-making and problem-solving). A critical failure to cast a spell invokes a demon somewhere else. Use critical failures to create interesting outcomes and to generate new choices and new opportunities for action. And players will have a delicious dread of a critical failure that seems like a success. Be consistent, though! The “banked” outcome has to relate to the original botch. No fair punishing a player on a Perception roll when they crit-failed an attack roll five encounters ago. 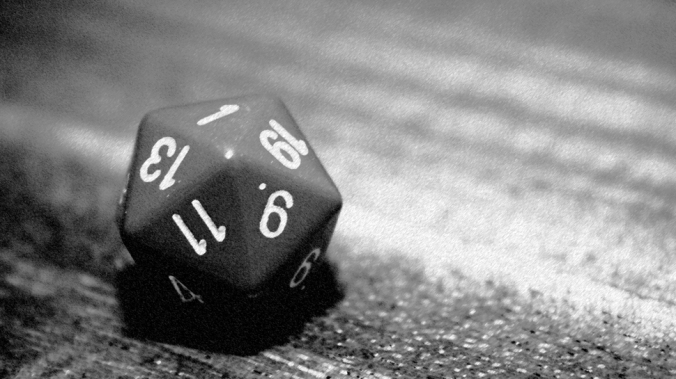 An opportunity for something more exciting than “You drop your pistol.”

Rather than using an expository speech, reveal world history in broad strokes. Players like playing. Fewer players like being subjected to a GM lore dump. Give just enough detail to stoke player interest, and then share the worldbuilding with them as it emerges from their reactions to your broad strokes. It can be anything from naming an unnamed village to inventing a local custom in a place the party visits — and it should be happening a lot in your games, whether you try to do it or not. And when you do try to do it, you create that much more engagement and investment.