This last one is probably the most important. Treachery and intrigue are built into the DNA of the World of Darkness. A unifying theme across all of the WoD titles is the presence of a secret history and wheels that turn within wheels to satisfy the inscrutable goals of often unseen engineers. This is great stuff and it makes for marvelous conflict in stories around the game table — and conflicts are the stuff of which stories are made, of course.

With that in mind, when I set out to write a one-shot for the World of Darkness, I try to satisfy the following objectives.

Pregens are almost a must-have for a one-shot. At the table proper, they save session time that would otherwise be spent in character creation. Most importantly, they can be written to guarantee the presence of the themes and elements you construct your story to demonstrate. A wise Storyteller will create pregenerated characters with dependencies on each other and with complementary traits, which you almost certainly won’t get with an open-table approach to characters. Indeed, pregenerated characters let you manage some of the players’ expectations, which can be a huge deal if you’re not personally curating who’s at the table. (Seriously. I ran a demo game at the Essen Spiel once for a group of players that included a guy who wanted to fight everything with his claymore and a woman who wanted a session of pure gothic romance. And never again did I run demo sessions without pregenerated characters. Not because these concepts or expectations were bad, but because attempting to appease them both just left each of them disappointed.)

Have Players Suggest a Character Type or Concept

Here, you should expressly communicate that your pregenerated characters are just that — pregenerated, so there’s not a lot of ability to make a whole lot of tweaks on the spot without compromising the story’s plans. Players can certainly change details like their name, Nature and Demeanor, and maybe a trait or three, but you likely will have made certain considerations with the characters that are required by story elements (see below). Maybe you’re bold enough to let people adjust their clan or Disciplines, and if you are, bravo.

Myself, I ask players to write down a list of three adjectives that describe the type of character they’d like to play. With that sort of coaching from the players, I can usually get a pretty good match for at least two of those adjectives per player. And the players also feel like their desires have been considered, as opposed to just taking what was left over.

Remember the old coterie charts from the classic Vampire supplements? They depict visually a snapshot of who feels what about whom. You don’t have to go so far as to draw a coterie chart yourself, and you don’t have to connect every player’s character to one another, but you should definitely build opportunities for interaction between the characters. In itself, this serves two purposes:

Provide Goals for Each Pregenerated Character

If you’re writing the pregenerated characters, you probably have at least a hunch of how the characters you conceive would act. Players, however, haven’t incubated those thoughts yet, so you should provide them with a list of things the character wants to accomplish. The player doesn’t have to use these, but they’re a good way to jump-start the players into activity.

Make these goals obvious. (May you eventually enjoy the discovery of self-starting players and  their capacity to surprise you with the tools you provide them!) Don’t bury the provided goals in paragraphs of background. Bullet point these mofos in a separate section of the pregen materials and call them out with their own header. If the player reads literally nothing else on their character sheet, working toward these is enough to get them participating.

In scripting the events of the one-shot — whether you do this in-depth or as little more than notes or an outline — relate at least one the character’s goals to the primary conflict of the story. All of the characters should have something investing them in the central plot component so as to bring them all together. This is also a great opportunity to foster those greater WoD themes of treachery and intrigue because here’s your chance to set some of those character goals in opposition to one another. Maybe one character wants the diabolist brought before the Prince to answer for their crimes while another player wants to enact retribution upon the diabolist and yet another character wants to take advantage of the Lex Talionis and diablerize the diabolist.

Providing contrasting and even exclusive goals does more than emphasize the themes of the game. It provides the impetus to disagree with other players, act against them (whether overtly or in secret), and takes some of the burden of being the focal point of player interactions off the Storyteller and onto the players themselves. They’re the leading characters of the story, after all, so let them celebrate interacting with one another. Beyond the role-based dependencies facilitated by more tactical situations, these personality-driven interactions make the characters themselves feel more vital, and they make the story more than a series of external obstacles to be overcome.

Provide Secrets for Each Pregenerated Character 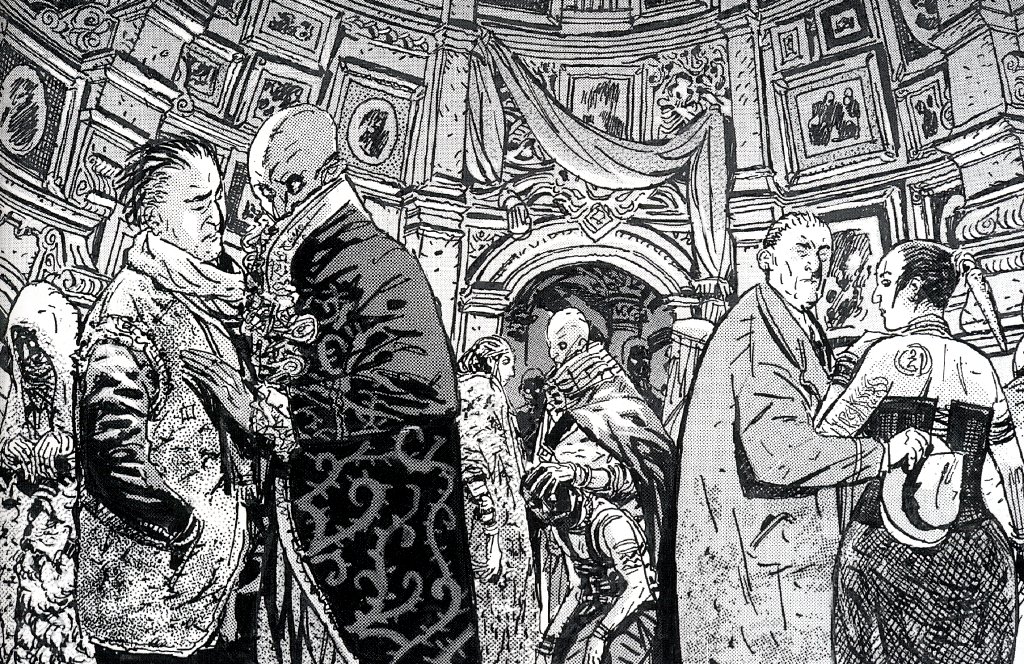 Sharing secrets — whether accurately or falsely — is the currency of a World of Darkness story.

Add value to individual players’ characters by taking advantage of information disparity. Everybody should know at least one thing that others don’t. Privileged information makes the player feel powerful. Unique information also makes them valuable to the big picture (whether they share the info or act on it as part of a personal goal.

If you craft them wisely, a player’s secrets can:

Here are some links to planning materials for games I’ve written in the past.

Chicago, 1896 — three years after the World’s Columbian Exposition. Three short years ago, the world marveled at the wonders of science, industry, and architecture on display at the expo. The now-abandoned fairgrounds of the grand exhibition harbor a darker side: The remains of the expo have become a stalking ground for a more insidious and decidedly less human horror — albeit one that poses no less a threat to the world of mortals. Into these long shadows steps a team of investigators, their fate as yet unknown….

A mysterious missive arrives in the night promising the auction of an incomparable prize: A staked and torpid Methuselah. Those accepting the invitation to the auction each have their own reasons for seeking the torpid ancient, but their true opponents may not be their rival bidders. Are the players masters of their own destinies? Or are they pawns in the War of Ages?

It sounds like a lot of work, and, honestly, it is, but when you plan your story and assemble the characters with attention to their polish, the players truly appreciate it. Overall, it makes for a stronger story, and it ensures that players have ample ways to impact the story (even if it’s not the core plot over which they have the most influence). And you don’t have to restrict it to the tabletop: You can develop LARP characters or characters for boutique events the same way. Ultimately, it’s about creating opportunities for action, because players want to see the results of the choices they make.