Gamemastering is a combination of art and science, and like any skill, is improved by doing more of it. As you run RPG sessions, you’ll pick up your own style, voice, and tricks of the trade. Here a few that I use on occasion when I run games — I hope they serve you well.

Open with a Conflict

When kicking off a campaign or chronicle, open the proceedings with some sort of conflict. Deliver a few lines of scene-setting and then let all hell break loose. A fight, naturally, works great for a combat-focused game, giving the players a chance at the beginning to see which of their abilities complement one another and any team tactics or combos that can arise. But opening conflicts can also help set the stage in more cerebral or social games, in which players can learn things about the world through experiencing them firsthand — especially if dubious loyalties are part of the game’s theme. Opening with a conflict allows the game to begin with everyone participating, as opposed to a lore dump that begins with the players’ eyes glazed and hands tied.

Sometimes, an NPC wants the PCs to thrive, no strings attached. No bargaining for favors or information. No desperate pleas to save the village or stop the dread doom. No “I’ll give you this if you do that.” Just a minor boon or item from a person who genuinely wants to see the PCs succeed.

One Down, the Rest to Go

Before entering a combat sequence, describe the heroes’ effortless dispatching of one of the enemies. Minion types work great for this, but feel free to take out a pernicious named underling. Very often, we see “the big bad gets away” or other acts of GM fiat that seem to work against the characters’ interest. This technique reminds them that occasionally, GM fiat works in their favor as well. And it hypes them up for the combat to come. 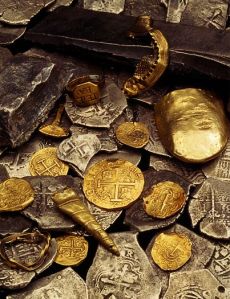 Within the first session, the players find a trove of cash, contraband, or beyond-their-level items that pose a dilemma. Do they return the discovered loot to its (perceived) rightful owner? Or do they keep it for its initial advantage and risk being found out and earning the ire of the (rightful?) owner? This initial choice has a meaningful effect on the session/ campaign/ chronicle, kicking it off in high gear with an immediate emphasis on player communication and decision-making.

Blow up the Death Star

Construct an early session so that the players can enjoy a seemingly outsized victory that would normally be out of their league. The players will appreciate the sense of accomplishment, and you can design follow-up stories to take advantage of the initial event. For example, the player could destroy a very powerful vampire in the first session… which paves the way for her lieutenant to become a more powerful, recurring antagonist in the campaign. The entire campaign need not revolve around the initial outsized event, either: a future encounter or three can “call back” or refer to the initial victory can generate a strong sense of relatedness for the players.

One thought on “GM Quickies”